Thousands of Santa letters arrive each day at the North Pole from boys and girls. Some take the time to tell me a little bit about themselves so I can get to know them better and others get straight to telling me what they want for Christmas. There are some that take the time to tell me about their families, their pets, or even their hobbies. Most of the Santa letters make me happy but today I got one that made me feel very sad and I want to tell you about it.

This Santa letter was from a little boy that lives far, far away. He said that he always wanted to write me a Christmas Santa letter but he did not have any paper that looked nice enough to use. This little boy worried that he would be forgotten at Christmas time if he did not send a letter to Santa. The problem was that he thought that Santa would only want letters written on the finest of paper. But after worrying for a long time about being forgotten and left out at Christmas time, the little boy finally wrote his letter to me on his school paper. His letter arrived in plenty of time before Christmas.

I want everyone to know that I will read Santa Letters that are written on any type, color, or size of paper. I don’t care if the Santa letters are written with crayons, pens or pencils. A typed letter that has been created on a computer is also okay. If you don’t know how to write or if you can’t for some reason, then get someone else to do it for you.

The Santa letters do not have to be fancy. I can read almost any handwriting and even if you don’t know how to spell a word I will know what you mean. If you are not sure what something is called you can just tell me what you think it is and I will understand. I have been doing this for a long time! The important thing is to just write the letter.

Once you have it written the letter will find its way here. It seems that letters to Santa are almost magical. Somehow they always get here. Birds have delivered some and others have arrived in bottles floating in the water. You see, all animals know the power and magic of Christmas so they are always ready to help us in any way they can. Just write your Santa letters and address it to Santa at the North Pole. 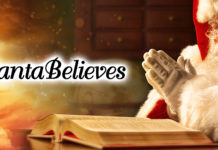 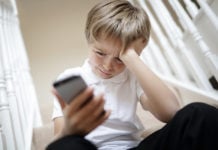 How To Teach Your Kids About Online Bullying